I the history of the Academy Awards, only one movie has won best picture as a comedy and that was Annie Hall which came out in 1977. As a screenwriter, I recognized when I first saw it that the flow, moments, timing and comedy brilliance of this great film was flawless throughout. There many great moments in this film but some that stand out include the “meeting of the teamsters” outside of a theater when Woody Allen is being harassed for being famous. His comment to Annie Hall played by Diane Keaton when she arrives about “2 guys named Cheech” harassing him was one great moment. The timing of the scene where Woody Allen tells the insane relative of Annie Hall, played by Christopher Walken that he is “due back on the Planet Earth” was a funny moment followed by the scene where Allen is in the car with Walken realizing that Walken’s character just admitted that he had fantasies of commuting suicide by driving into oncoming traffic. Allen’s crouched down look to the left at Walken is another priceless moment. As stand-up comedian Alvie Singer, Allen has several great lines in this movie including one where while being drafted, he was categorized as 4-F, which meant that in the “event of war, I’m a hostage”.

This movie above all else is about relationships and the difficulty in finding and keeping one and Allen’s character struggles throughout with several woman and ultimately with Annie Hall. Great lines include “if a Shark stops moving forward it will die and I think our relationship is a dead shark” and the line where I don’t​ like chickens, meaning relationships​, but I “need the eggs”, which is another great moment among​ so many in this great film.

Annie Hall won for best picture in 1978, Woody Allen won for best director and Diane Keaton won for best actress. Allen also won for best original screenplay and as awards and accolades​ go for any movie, this is about as good as it gets.

Annie Hall is probably the best comedy in the last 50 years and movies this funny and well done are very rare.

One irony in this movie is Alvie Singers philosophy​ of life and the “horrible and the miserable”, where people are in two categories either horrible or miserable. Horrible are people who are blind, crippled or terminally ill and the miserable is everyone else. So be thankful that you are miserable. This line in Annie Hall is very ironic because it makes you wonder if this has helped Woody Allen get past the child molestation charges that first started in 1992 and have continued every time he received an award or is honored, most recently at the Cannes Film Festival. Woody Allen will be 81 this year and he has a body of great work that is the envy of any writer or director in movie history. To have accusations like this happen after so many great years of success has to be devastating​ and probably half the people in the world think he is guilty and the other half mostly don’t​ believe the charges. Woody’s own children are the ones coming out against him even 24 years after the original accusations were revealed and that has to be even more painful for Woody Allen and his legacy. All of this reminds me of Gilda Radner’s famous line from her book which came out in 1989, It’s Always Something 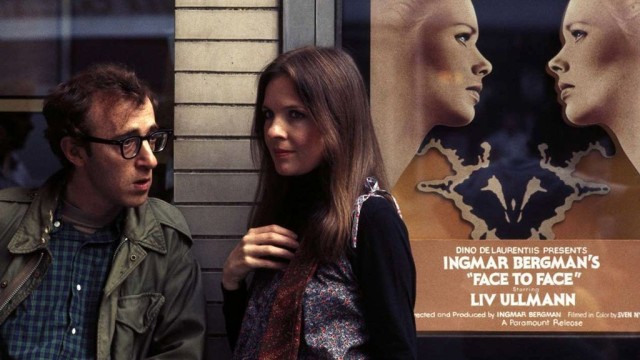