This movie is a must see for no other reason other than its unlike anything that has ever been done before. This is another Marvel Super Hero movie, but this one is witty, funny and unusual. The writing was very different and just about every line from the main character “Deadpool” played by Ryan Reynolds was another attempt at witty banter or humor and for the most part it worked, with only a few rare exceptions. People in the audience were laughing at many of the scenes and comments throughout this movie which is my acid test for judging whether a movie is funny or not and this one was. Some of the action scenes were very violent and had a good deal of gore, but nothing that most of us have seen many times before but even in the action scenes there were many lines of witty comments during the fight scenes. Ryan Reynolds is the perfect choice for this part as he has been in quite a few comedy and action movies over the years and the last time he was this funny was in Van Wilder in 2002.

This movie worked on many levels and I do recommend it.

This movie is supposed to be a comedy, a comedy about being single in NYC. Of course we have all seen movies like this before and after you have seen a few of these, they all seem to blend together into a generic idea about how difficult it is to be single. One movie that comes to mind is 2009’s “He’s just not that into you” which is remarkably similar to this movie in terms of the overall message and the attempts at humor.

As always my test of a comedy movie is “did anyone who was in the theater laugh?” and the answer to that question was for the most part no. This is also a movie with several different stories which are going on in parallel and some of the characters know about or are related to each other and others are not. These kinds of movies can be tedious to watch because they are just too many stories and too many characters to follow. It is nice to see Dakota Johnson acting in a movie after the horrible Fifty Shades of Grey came out this time last year. After seeing Fifty Shades of Grey, I wondered if Dakota’s career was not over before it even started. Rebel Wilson is also in this movie and she was the exact character she plays in all of her movies, mainly the Pitch Perfect series. To be honest, I wonder what is so funny or entertaining about her or about her milking the humor out of being so fat.  For me the same character she seems to play in all the movies she is in is just not that funny. Leslie Mann is the 3rd major star in this cast, and like Wilson, she seems to be the same person in all the movies she is in and because of this she might start to reduce the longevity of her career in acting.

At best this movie was average and not very funny, at its worse this movie was just another run of the mill dating movie. For these reasons, I cannot recommend it. 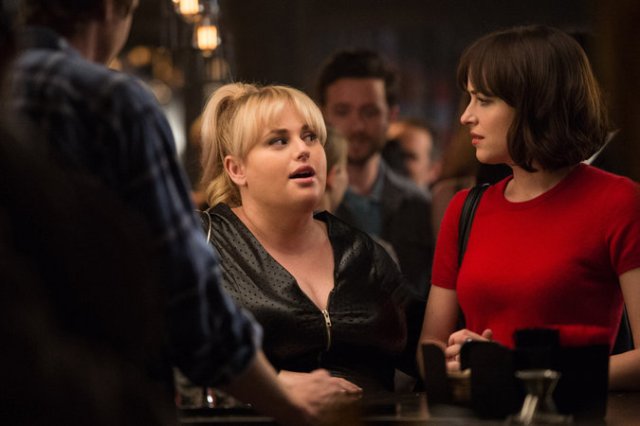 How to be Single – IMDB