The definition of a Revenant is “a person who leaves and then returns again as a ghost”. This definition does describe the entire plot of “The Revenant” which is a simple story about fur traders living in the woods in the 1820’s, being attacked by Indians and living in a very dangerous and cold environment in Alberta Canada. This movie reminds all of us, just like many other movies about the 1800’s about what a difficult time it was to live in those times where none of the advancements in medical technology or life comforts that we take for granted now were available.

Every critic is raving about the performance of Leonardo Dicaprio in this movie. I agree that his performance should be recognized for its grit and hardship but you also have to also recognize that he had very small number of lines in this movie until maybe the last 10% of the almost 3 hours. So when his performance is analyzed against other actors this year, specifically the front runner for the best picture Oscar; Eddie Redmayne in the “Danish Girl”, Dicaprio might still not receive a best actor Oscar because this movie had much more physical hardship and endurance than actual acting.

One of the reasons why many of us go to the movies is so we can be in awe at amazing special effects or wonder “how did they do that”. In all my years of going to the movies I have never seen anything even close to the realism and danger of the scene where a large black bear attacks and kills Dicaprio’s Hugh Glass character. In the middle of a forest, suddenly surrounded by 2 bear cubs Hugh Glass is attacked and almost killed in 3 separate attacks that are so realistic its actually very painful to watch. According to Dicaprio, very little CGI computer graphics were used in this movie and he did most if not all of his own stunts. This means that a trained 600 pound black bear was used to film this incredible scene and one has to wonder how or if this huge level of risk was taken with Dicaprio as the actor or if there was a stunt man involved. Even with a stuntman, this level of danger, considering the violence in this scene seems way to0 risky to even attempt. Hopefully when the DVD for this movie comes out there will be a documentary showing how all of this was filmed. Its also hard to believe that Dicaprio would have taken this role in the first place, considering the dangers, the cold and the hardship that come with living in that kind of an environment for 9 months.

One of the problems with this movie are that it is way too long. Also, for a high percentage of the time during this 3 hour movie it became boring to watch scenes of constant hardship, cold and walking through wilderness. For these main reasons, despite the good parts and the effort put into this movie, I cannot recommend it. 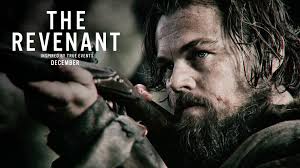