The concept of Superman started in 1938 and was published by DC comics. Perhaps its acceptable within a comic strip to have a character wearing a cape and a woman’s red underwear who can fly in the air because he is an alien from another planet, but when this story was told with real life human characters then the story has to be upgraded and improved. First of all, the idiotic idea of a human being or alien who looks like a human being – putting on a pair of glasses and from the glasses alone totally disguising himself is absurd and always has been absurd. Why do we all buy into something this stupid? With all the movie special effects we have had for over 30 years and given that Superman is alien with special powers why cant his glasses disguise be more sophisticated and when he puts on the glasses his face and body mutates into making him look completely different? This improvement in the story would greatly improve the believably of the entire concept and is just plain common sense, but it will probably never be done.

The other absurdity is the cape, which is completely unnecessary. Bernoulli’s principle has to do with lift and the shape of an airfoil and the presence of a flapping fabric cape would give no additional flying ability to Superman or for that matter any flying superhero including Batman who has no need for a cape even ignoring the fact that Batman doesn’t even fly.

As far as the red woman’s underpants issue, this has been fixed in this latest Superman movie and the new outfit is one-piece, blue and looks far more masculine than some of the previous ridiculous superman outfits of the past. The Batman outfit is also far better now as well and much better than the Batman TV series where the actor wore black underpants and tights, which was another ridiculous and embarrassing outfit.

As far as this movie, “Batman vs Superman”, overall if your a big fan of Marvel action movies there are some very good special effects. If you are fan of a great story and screenwriting than this movie falls short on many levels. This movie is very much like other huge action movies recently; as they are almost as if there are totally different directors involved, or perhaps too many hands on the pot and as an end result there is no flow to the story and the plot seems disconnected and at certain points hard to follow. The entire idea of Lex Luthor pitting Superman and Batman together with this twisted elaborate and overly complicated plot is somewhat ridiculous and one had to think while sitting through this over 2 hour movie that there just had to be a much easier way of getting these two superhero’s to fight. The idea of Batman ever having any chance of defeating superman in any fair fight is also very absurd even with the use of Kryptonite which was used in this movie. The end of this movie was impressive with Wonder Woman joining in the fight against a Lex Luthor generated Krypton alien but these final action scenes are nothing more than what we have all seen before many times.

Both Ben Afleck and Henry Cavill are effective as Batman and Superman and the fight scene in this movie was well done as far as the special effects even though it was not believable.

See this movie if you are a fan of Marvel action superhero movies, but do not see it if you appreciate a well told and interesting story that makes sense. 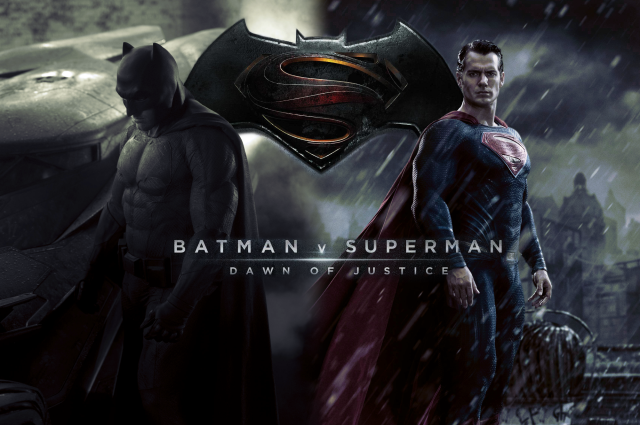