This movie answers two main questions. How do you make a 1 hour movie last almost 2 hours and is it possible for Meryl Streep to be in a very bad movie. The answer to the first question is; if you want a 1 hour movie with a very bad script to last two hours you insert about 10 very bad musical numbers to drag on the movie 50% longer than it should have been. The answer to the second question is; this has to be without a doubt the worst movie Meryl Streep has ever been in – in her entire career.

You have to wonder why Streep took this role. Perhaps it was because she wanted to sing or perhaps because she thought that because Diablo Cody wrote the script and she is the same writer who won best original screenplay for Juno in 2007, that this movie just had to be great. Unfortunately Merrill was wrong on both counts because this movie was extremely bad across the board. From the horrible and long musical numbers (and there were about 10 of them in this movie) to the soap opera-like story and badly written dialog, this movie was very hard to sit through. The only good scene in this entire movie was the argument that Streep had with her x-husbands current wife and this argument had to do with the current wife being there for Streep’s daughter while Streep’s character was off trying to be a singer. The only upside to this movie is that it shows some of the real life of so many people who want to be famous or rich in show business and never make it. Streep’s character is bankrupt, living in a bad apartment and lives the life of someone who gambled on a dream and now almost 70 years old, lost that gamble.

Do yourself a favor and miss this very bad movie.

Why are there so many bad movies? 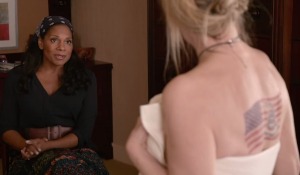 This movie is not really a remake of the original movie that came out in 2005 and seems to be all about showing how the Fantastic Four came into being in the first place and with a whole new cast.

In the case of this new movie, there is a good deal of up front explanation about an invention by the main character who eventually becomes rubber man which is a transporter that transports objects to an unknown fourth dimension. What is unusual about this movie is that there is a long time setting up the idea and then an extremely abrupt ending which I thought hurt the overall effect of the movie. The special effects for the most part were good to very good and the acting especially by the very attractive Kate Mara was very good. Its not clear that there will be many sequels with this new cast of the Fantastic Four and that will depend entirely on the box office this weekend and the upcoming weeks.

I do recommend this movie but it could have and should have been better and had a better ending.