In the beginning of this movie there is a paragraph that states that since 1953, when Sir Edmund Hilary was the first to the summit, that in the next 40 years 25% of all climbers of Mt Everest died. Given these statistics and the horrible conditions during the climb and the extremely high chance of a horrible death or near death hardship, its amazing that anyone on Earth would get it into their head that they want to climb this mountain – the tallest and most dangerous in the world. After 1993 there were a series of Adventure Clubs where individuals would pay 65,000 to hire someone to guide them up the mountain. More amazing was that there are people whose full time jobs was to guide and continuously climb this most dangerous mountain. The climbing conditions on Mount Everest are the worst in the world and that includes the use of ladders to cross over the many crevices where many people have fallen in and died over the decades.

The last hour of this movie was especially hard to watch as the realization of two storms that hit the climbers and the lateness of the day when they started their descent was going to doom many of them to their death. The one survivor of the many who died that day in May 1996 lost both of this hands and his nose to frostbite. You had to wonder what he was thinking climbing Mount Everest when had a wife and 2 young children.

I do recommend this movie, but prepare yourself for some disturbing scenes of death. 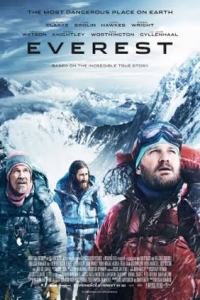 This movie is a light hearted “feel good” type of comedy which on this level did succeed.

The story idea is a very good one, a 70 year old widower played by Robert Deniro decides to take an intern job with an internet startup company that is owned by Ann Hathaway because he is bored with this retired life and wants to do something every day, to interact with people and have somewhere to go to fill his time. Where this movie fails was in its many attempts to fill time, to create action to fill the 2 hour time limit of the movie by interjecting scenes that have nothing to do with flow of the story. There is a scene where Ann Hathaway sent the wrong email to her mother and has her intern and 3 other workers break into her mothers house to either delete her email or steal her computer. This idea did not work and was rather ridiculous because nobody would have someone who works for them do this in the first place. Another story line had to do with Ann Hathaway’s husband having an affair and her intern finding out about it. I thought a better idea for a story would be for the intern to show what great ideas he had from his many years of leading a Yellow Page company some years earlier during his working career and helping Ann Hathway’s character better manage the company and avoid trying to find a new CEO to take over more of her responsibilities which had become overwhelming. Some of this kind of idea did happen in this movie, but not enough and unfortunately many of the other directions this movie went in did not really work.

Despite this movies flaws I thought it was good overall and worth seeing.

Chess is all about paranoia and the realization that in a Chess game, its extremely easy to miss something subtle or even something obvious and then quickly lose. Being a Grandmaster chess player could be the hardest and most taxing thing that anyone can do to a human brain. At a very early age, Bobby Fischer realized that he not only loved the game of chess, but he cared about nothing else. He barely had any kind of a normal childhood, coming from a poor and broken home, but he never really had a normal education and instead was allowed to concentrate 100% on the study and mastery of the most difficult and mentally taxing game there is.

Over the centuries, many great chess players have come and gone and a good number of them have gone insane trying to master this game and become the best in player in the world. The most famous of them was Paul Morphy who in the 1850’s was by far the best player ever but by age 21 was insane and soon after committed suicide. Alexander Alekhine was a Russian World champion who also went insane in his later years. Unfortunately for all of us, Bobby Fischer went insane too and in his later years became a vehement anti-Semite and even during the 911 Terrorist attacks went out of his way to say some very bad things about the United States. Bobby was a horrible anti-Semite even though he himself was Jewish.

Some of Bobby’s paranoia was in terms of Chess was justified. It was a fact that the Russian Chess Federation went out of their way to destroy him and that most if not all of the Russian Grandmaster’s intentionally drew their games in tournaments so they could concentrate all their efforts to defeat Bobby. Whether or not they were bugging his room or phone is another question but you just have to believe that there could be some truth to this too, considering the importance the Soviet Union put on Chess to prove they were mentally superior to the rest of the world.

In the summer of 1972 Bobby Fischer was by far the most famous person in the world when he defeated Boris Spassky for the world championship in Iceland. The entire world started playing chess like never before and now, 43 long years later you just have to believe that we will never see anything like that again. The whole world riveted over a Chess championship game? Even the idea of that was insane at the time, but the life and talent of Bobby Fischer and the United States trying to beat the Russians at their own game was the biggest thing the sports world had ever seen. I remember at the time that this match was so big that it was on the cover of Time, Newsweek and Sports Illustrated all at the same time proving not only how huge this event was, but that Chess was actually considered a sport because it was on the cover of Sports Illustrated.

Bobby Fisher’s paranoia almost cost him the title of world championship after he blundered in the first game, most likely because of his anger over the cameras, the noise and the proximity of the audience to the chess board. In game 2 he refused to even come to the game until a list of new conditions were met, so he forfeited. Bobby’s comeback after that and his domination of Spassky is well documented in this movie “Pawn Sacrifice” as well as other things, but unfortunately this movie does not dwell enough on Bobby’s declining life after he won the championship in 1972. It might be an idea for a new movie about Bobby Fischer that solely concentrates on his life after 1972 and his extreme paranoia and mental illnesses. Perhaps this idea for a second movie about Bobby Fischer would a movie too depressing to get an audience to see it or a production company to fund it.

Three years later in 1975 Bobby was scheduled to defend his World Championship against Anatoly Karpov, but he refused to play because of a whole new list of demands. Most of these demands were met, but not all of them, so Bobby bowed out of the match and was never heard from again until 1992 when he played Spassky again for a return match which he won. By 1992 both of these great champions did not have the strength they had 20 years earlier but at the time it was an exciting and highly newsworthy story for the world to watch. Bobby was told by the Unites States that he was not allowed to play Spassky in Belgrade because of current restrictions and when he refused he was never allowed to return the United States and would have been arrested if he did return. This lead Bobby to a return to his underground life and increased his hatred of Jews and the Unites States. Eventually Iceland welcomed him to their country and he died in 2008 at the age of 64.

Bobby’s life was depressing and tragic, but his chess playing skill will never be forgotten. I highly recommend the movie Pawn Sacrifice .