The main question you ask yourself towards the end of watching this movie is, “is being raunchy funny?”. Is raunchy disgusting humor always funny in a movie, is this something that always works? It worked in Animal House in 1979 but is this something that is a 100% guaranteed home run? Of course the answer to this is no. This movie tries hard to be funny but unfortunately for every 5 attempts at verbal or visual humor, maybe 1 out of worked and that is stretching it. During the entire two hours this movie was on screen I heard maybe 5 laughs and I only laughed once. The cardinal sin for any comedy movie is that if its not funny then the movie failed and for the most part this movie failed at being a funny comedy movie.

Many Saturday Night Live alums were in this movie but the only one that got any real time on screen was Bobby Moynahan and overall he could be considered the funniest one in this mostly unfunny movie. Kate McKinnon was also in this movie and she got maybe 2 minutes of screen time which is not nearly enough considering her talent.

This very simple story is about 2 sisters who visit their parents home in Orlando only to find out that their childhood house is being sold, so they decide to have one last party at the house that very soon gets way out of control and eventually the house gets trashed. The majority of the movie is about what goes on at this party and this becomes rather repetitive pretty quickly. There are scenes of people falling through ceilings, paint being injected into an outdoor pool, many scenes of drugged out and drunk behavior and finally a scene of a giant sink hole that drops the pool into the ground. Many of the scenes during this party including the dialogue falls flat and the screenplay, written by a former SNL writer Paula Pell mostly fails at its number one goal, making the audience laugh.

Despite the occasional upsides of this movie and very few laughs, it fails on too many levels to recommend. 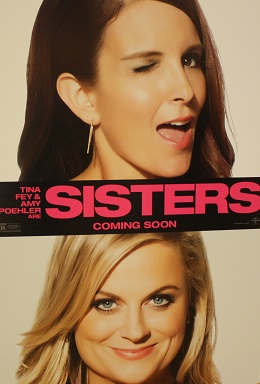