One of the earmarks of a great movie are the questions they ask you. The movie “Me Before You” asks several very good questions. #1. If you can have only 2 out of 3 of the most important things in life, “Money, Love or your Health”, which 2 would you choose? Most people would probably want to have the health issue defined in more detail before making this decision. Some health problems are tenable, some are not. #2. If you were married or in love with someone who became crippled would you stay with them? #3. If you were suddenly found to be paraplegic and you had the legal choice to end your own life, would you decide to die rather than sit in a wheelchair for the rest of your life? All of these are very difficult questions and they are all addressed in this well-acted movie.

The actress Emelia Clarke is an up and coming star who starred in last year’s “Terminator Genisys” which is also reviewed on this blog and has been the star of “Game of Thrones” which is an HBO series for several years. She has a great face for acting, big eyes and a great smile and very unusual long eyebrows. Her facial expressions make some of the funny scenes in this movie funnier and some of the sadder scenes more difficult to watch. She will have a very long career in movies as well as Television because her acting is on a par with her very good looks.

I thought that this movie was very well done despite the very depressing subject matter of a very athletic young rich man who is walking on a public road one afternoon, then looks to his right and is hit by a motorcycle and is crippled for life. This movie also teaches you about some of the ongoing health problems with paraplegic’s which includes medical issues with their lungs and other problems. Included in this film is a great love story with the young man who is crippled played very well by another newcomer Sam Clafin and Emilia Clarke who plays a completely inexperienced caretaker who is desperate to find a job and needs to make money to help her family.

I thought this movie was very well acted and had a solid story behind it so I do recommend it. 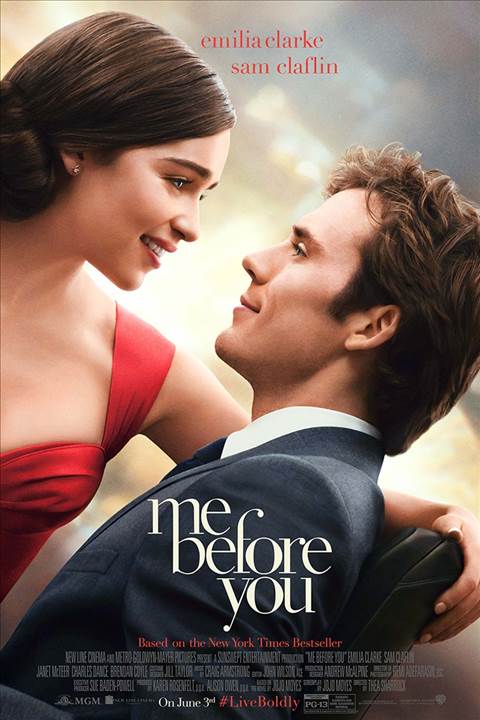